The fitness industry is in the midst of a renaissance. Flawed and dated strategies like sedentary recovery practices or overly stressful HIIT workouts are being replaced with cutting-edge practices that offer more efficiency and return on investment. Today I’m covering one emerging fitness strategy: performing brief feats of strength in the routine course of a day. Let’s call them microworkouts.

I’m talking here about dropping for a single set of deep squats in the office, hitting a set of max effort pull-ups whenever you pass under a bar in a closet doorway, or stocking your backyard with a hex deadlift bar or bench press and busting out a single set every time you pass by while taking out the garbage.

Microworkouts deliver two distinct and awesome benefits: First, when you add up the energy expenditure of these brief but frequent efforts, you obtain an incredible cumulative training effect. In essence, you are banking a lot of strength/power/explosiveness “mileage” without disturbing the necessary stress/rest balance of your official workout schedule or prompting the stress hormone production and cellular depletion that occurs from an extreme weekend warrior-type session. That is, a set of pull-ups, or even three sets over the course of 12 hours on a typical day, is not going to mess up the next day’s CrossFit session or even an ambitious arms and chest session. Rather, these micro sessions (Dr. Phil Maffetone calls the concept, “slow weights”) will raise the baseline from which you launch you ambitious full-scale workouts.

Think about it: If you do a single set of six deadlifts with 200 pounds on the bar every time you take out the garbage, that’s 1,200 pounds of work accomplished. Perhaps you can find your way to doing that 1-2 times a day, five or six days a week? That’s lifting an extra 10,000 pounds a week! When it’s time to perform a formal session, such as the popular 5 x 5 protocol (where you complete five sets of five reps, and perhaps add an upper body exercise to each set), you’re poised for fitness breakthroughs as well as faster recovery times. An “official” workout is no longer this tremendous athletic performance vastly outside the normal pattern of your largely sedentary life, but instead an upgrade of what you do every day to some extent. Does this concept ring a bell? Yes, microworkouts are modeling the behavior patterns of our hunter-gatherer ancestors! Grok and company likely had some harsh days that might rival today’s CrossFit WOD or obstacle course race, but they also likely had routine daily chores entailing lifting heavy things or scrambling up steep embankments in between their legendary leisure time.

The second benefit of microworkouts is perhaps even more profound: these short efforts help you combat the extreme health hazard of prolonged periods of stillness that characterize hyperconnected modern life. The adverse health consequences of stillness have been well-chronicled, and you’ve heard me talk about them for years. Studies show that even a few days of inactivity can generate a significant decline in glucose tolerance and increase in insulin resistance. In Primal Endurance, I quote Nutritious Movement queen Katy Bowman on the destruction of cellular health caused by stillness: “When you use a single position repetitively, such as curling your body into a comfortable work chair for hours every day, muscles, joints, and arteries will adapt to this repetitive positioning by changing their cellular makeup and becoming literally ‘stiff,’ with reduced ranges of motion and an actual hardening of the arterial walls in those areas.”

Strange as it may seem, it’s now becoming clear that increasing all forms of general everyday movement is a greater health priority than conducting ambitious workouts. Microworkouts, along with continued devotion to JFW (Just F—ing Walk) takes on increasing importance as daily life gets more effortless. Even if you’re a devoted gym rat, those few hours a week when you’re pushing weight around isn’t enough to combat a lifestyle of commuting, office work, and digital entertainment leisure time. The active couch potato syndrome is a scientifically validated concept revealing that devoted workout enthusiasts who lead otherwise sedentary lifestyles are subject to the same level of disease risk as inactive folks.

Optimizing Movement For the Most Advantageous Genetic Signaling

But none of this is new. A decade ago now Time magazine offered a memorable title, “The Myth Of Exercise.” The story detailed how a strenuous workout (particularly the common workout patterns and strategies of today that can become chronically stressful) depletes cellular energy and prompts a compensatory response in the form of an increased appetite along with decreased activity for the rest of the day. More recently, I wrote about the constrained model of energy expenditure as well as the amazing study of the Hadza that’s helping us reframe the purpose and intended benefits of exercise.

As I’ve been saying since the introduction of the 10 Primal Blueprint Laws over a decade ago, it’s not about the calories but about the movement and the genetic signaling that movement prompts. The Myth of Exercise concept aligns with my longtime assertion that 80% of your body composition success is dependent on your diet—specifically, minimizing the wildly excessive insulin production that happens from a grain-based, high carbohydrate diet and prevents you from burning stored body fat.

How To Incorporate Microworkouts

Armed with the insight to no workout is too short, and any kind of movement delivers a health and fitness benefit, you can elevate microworkouts to the forefront of your fitness plan. Reject the all or nothing mentality that causes you to fail with fitness commitments because you get too busy with work and life. We all have time for a set or two or three of deep squats during the workday or during leisure time.

Look for opportunities over the course of every day to put your body under some kind of brief resistance load. Even if you only work hard for one minute (or less) at a time but are relatively faithful incorporating these “micro” opportunities into your daily routine, the cumulative effect will still be incredible.

Word of Caution: Going from a prolonged inactive state to a performing a heavy lift carries an obvious risk factor. Truth be told, I generally precede my random sets of pull-ups, deadlifts or even cords by a minute of walking, a few dynamic stretches, or some specific warm-up moves like doing a set with a much lighter weight, followed by a “real” set with a respectable weight. It’s not a lot of time or effort, but it’s a good habit to add the resistance after you’ve been up and doing something for a few minutes (e.g. taking out the garbage, bringing in groceries, finishing an indoor/outdoor chore).

Beyond that, also realize that when you make micro-workouts a daily habit, you’ll discover that you’re much more adaptable to brief explosive efforts without a long warm-up. You’ll be able to pop up from your work desk to hustle down a flight of stairs at work without hearing the creaks and cracks that are so familiar, especially to aging jocks. My longtime writing partner Brad Kearns (our next book will be a comprehensive education and action plan on the topics of longevity—due out in December) swears that his brief morning flexibility/mobility routine. He says it’s transformed his recovery from sprint workouts. No more next-day stiffness and soreness and occasional minor injuries—just because he spends 12 minutes every morning working on drills specific to sprinting that challenge the glutes, hamstrings and core.

Dr. Art DeVany, Ph.D., author of The New Evolution Diet and one of my earliest and greatest inspirations for Primal-inspired health practices, says that the lion never has to stretch before a workout, and we shouldn’t have to either. No, our modern creakiness can be attributed to overtraining patterns (in the case of morning issues) or extended stillness without a movement break when you get up and hobble during the day. Our ancestors most certainly had to run for their lives with zero warning on a routine basis. It’s a good Primal skill to have still.

Micro workouts are also applicable to cardiovascular fitness. A few minutes here and a few minutes there have a similar cumulative effect. Dr. Phil Maffetone explains that any stimulation of the aerobic system, even really low intensity stuff that a hard-core athlete might not choose to count as an official workout, helps improve your cardiovascular health and fitness. There’s really no lower limit to the aerobic exercise zone.

Anytime you get up from a chair and walk, you’re getting an aerobic benefit. A couple minutes recruiting major muscle groups with Stretch Cordz confers a new advantage. A cruise ship analogy works well here. When the floating city is out on the open ocean, cruising at 20 knots en route to the next port, all twelve turbine engines are cranking at full throttle. When it’s cruising in the harbor at two knots in preparation for docking, only a couple turbines are operating at half power. However, the two turbines operating at half speed in the harbor are still being “trained” to perform when they’re called up on in the open ocean. Note: I’ve revised my position on this concept over the years as research filled in the picture. Early on, I used to designate an aerobic zone of 55-75% of maximum heart rate. I’m not saying abandon time in that range, but know that anything outside of it also counts for something, and that should be good news.

If you so much as jump up from your desk, scramble down the stairs and out to your vehicle, then return with a few floors of ascent and back to your desk—total time five minutes and eight seconds. You’ll be turbocharging fat burning, increasing oxygen delivery and blood circulation to the brain, and flooding the bloodstream with neurotransmitters that elevate mood and improve cognitive focus. Similarly, anytime you haul off a set of pushups or squats, you’re making a meaningful contribution to your fitness and longevity.

Every effort, however modest, can be a small win. How does that shift your mindset? How does it open up possibilities for you? Let me know down below, and share any questions you have while you’re at it. Have a great week, everybody. 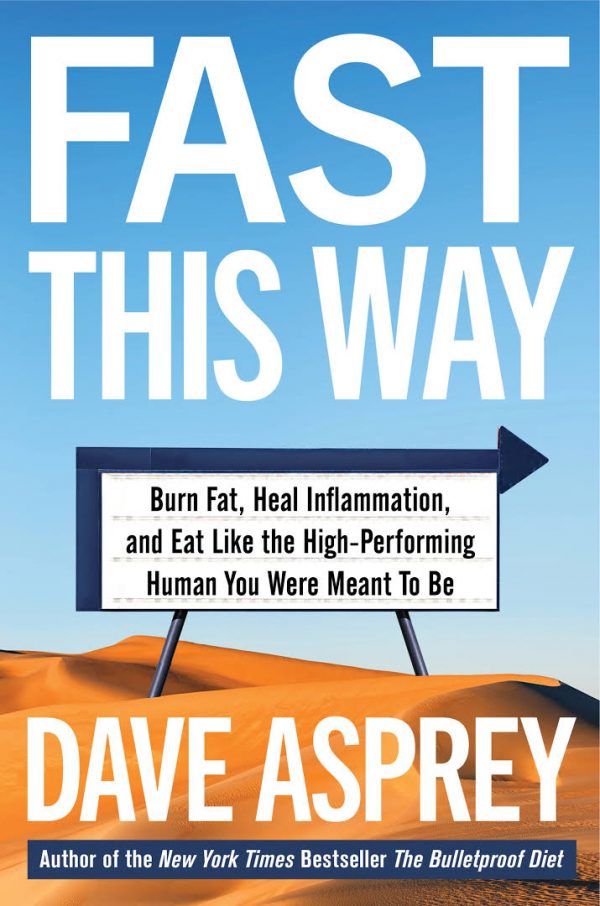 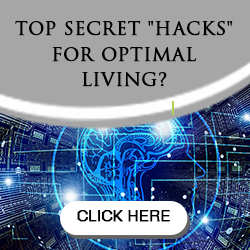 Taurine: Health Benefits Explained (Oxytocin, Liver Health, Cardiovascular System & Exercise)By: Sophie KempHow to manage and reduce stressReady to take your biohacking to the next level?
We use cookies to ensure that we give you the best experience on our website.