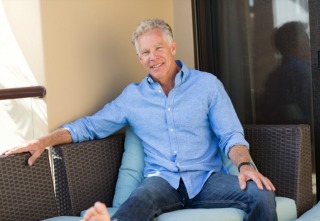 Have you ever done an in-depth look at the differences between vitamin K2 MK-4 and MK-7?

For those who don’t know, vitamin K2 comes in many different forms called menaquinones. MK-4 and MK-7 are the most important menaquinones. Pretty much all the vitamin K2 you’ll encounter in foods and in supplements is either MK-7 or MK-4 (or both), so these are the ones we most care about. There are also ones like MK-11 and MK-10, but we don’t know as much about them. What we do know seems to suggest they act a lot like MK-7. Whatever the case, they’re good.

What Are the General Benefits of Vitamin K2?

It directs calcium where to go in the body, sending it to the right places and preventing it from going to the wrong places. You want calcium in your bones and teeth. You don’t want calcium clogging up your arteries or forming kidney stones in your kidneys. Vitamin K2 is the messenger regulating both good and bad calcification.

It improves energy utilization, partially by increasing insulin sensitivity. The more insulin-sensitive you are, the better you can burn glucose without requiring tons of insulin. This allows you to both handle glucose and keep burning body fat.

It’s an important regulator of sex hormone status. Much like it puts calcium in the right places and removes it from the wrong places, vitamin K2 increases testosterone in men and reduces excess testosterone in women.

It protects tissues against cancer, selectively inducing cell death in cancer cells but not in healthy ones.

It’s a powerful inductor of gene expression. In general terms, it turns good genes on and bad genes off.

What About the Benefits Of Vitamin K1?

Found in many unfermented green plant foods, vitamin K1 isn’t useless by any means. It generally heads straight to the liver, where it contributes toward regulation of blood coagulation—the thinning or thickening of blood. People with problems controlling blood coagulation often end up on warfarin, a drug that promotes blood thinning and prevents blood clots. We can convert vitamin K1 to vitamin K2, but this depends on a number of factors, like gut health (much of the conversion occurs in the gut) and usage of certain medicines (statins inhibit conversion).

Back to vitamin K2. Vitamin K2 does what vitamin K1 can do, but more effectively, and then some.

The most-studied is MK-7. The majority of the MK-7 you consume goes to the bones and liver. In the bones, the MK-7 produces osteocalcin—a hormone which regulates bone health, increases testosterone, improves cognitive function and exercise performance, and maintains healthy insulin and glucose levels. Few people know the power of the bones (they’re actually organs) and MK-7 is one of the most important co-factors for realizing that power.

The best sources of MK-7 are fermented plant foods, like natto (fermented soybeans, but natto made with black beans and presumably other legumes will also be high in MK-7).

MK-4 tends to accumulate and act in the peripheral tissues, helping prevent against unwanted and/or unhealthy calcium accumulation. It’s also integral to gene expression and activation.

The best sources of MK-4 are animal foods, like egg yolks, chicken legs and thighs (and chicken dark meat in general—I bet the oysters on a chicken carcass are incredibly high in K2), and goose liver. Pork is also quite high in MK-10 and MK-11, whose biological activities haven’t been elucidated but are likely to be very helpful.

Another good source of a mix of menaquinones is hard cheese, with emmental, jarlsberg, and edam being highest.

Almost everyone should take a vitamin K2 supplement containing both MK-4 and MK-7. Many of the most troublesome and dangerous foods and drugs wreak havoc by inhibiting vitamin K2-dependent processes.

A group of researchers made a strong case that statins, warfarin, canola oil, and hydrogenated soybean oil trigger a host of metabolic and lifestyle diseases by inhibiting vitamin K2-dependent processes in the body:

Statins reduce levels of a necessary co-factor for converting vitamin K1 into vitamin K2 in the brain, testicles, kidney, bone, and other tissues. So if you’re taking statins and want vitamin K2 improving bone health, sexual function, cognition, and lowering the risk of kidney stones, you need to take extra.  You most likely need extra (throw in some CoQ10 while you’re at it, as statins also inhibit its production).

Canola oil and hydrogenated soybean oil both contain compounds that appear to inhibit vitamin K2 production in the body.

If you take statins, warfarin or eat canola oil and hydrogenated soybean oil, you should probably ask your doctor about supplementing with vitamin K2.

But to be honest? Supplementation is probably a good idea for everyone.

Thanks for reading, everyone. Take care and if you have any other questions about vitamin K2, drop them down below! 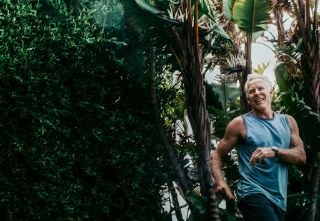 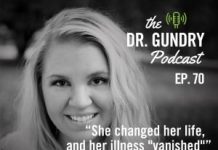 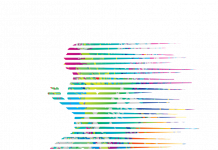 How To Craft The Ideal Goal Statement To Manifest Your Dreams

simple tips to help manage and reduce your stress levels

10 Keto Hacks to Try…Or Not