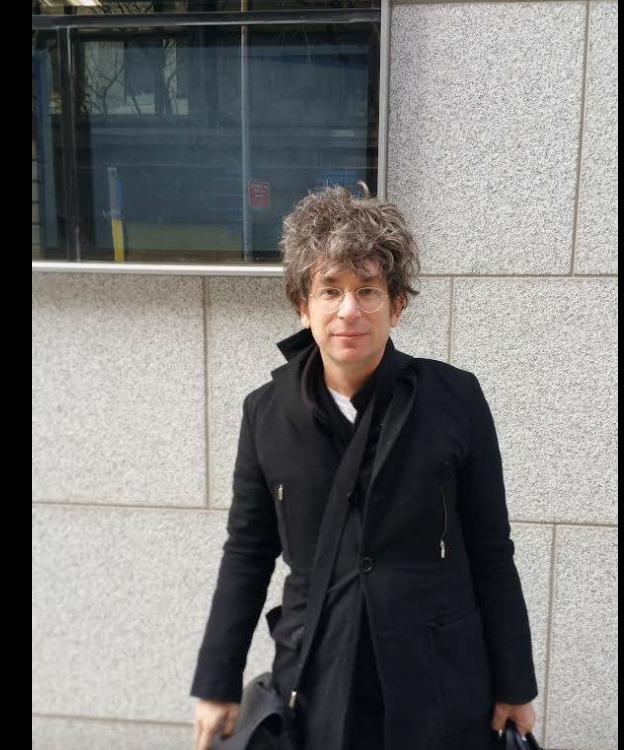 I threw out all my belongings. I was living in Airbnbs. I had one carryon bag that had one or two outfits and a computer and a toothbrush in it.

My rule was, if I bought anything, I had to throw something from the bag out. I lived this way for three years.

I would take the bag with me every morning.

I didn’t want to leave behind any evidence that anyone had stayed in that apartment.

I wanted to disappear. To be invisible. I wanted little or no attachment to the world. It worked for awhile.

No I wasn’t. I was probably depressed, to be honest.

I don’t like to own a place. But I didn’t want to rent either. Renting is sometimes too difficult for me. Too much work.

To rent a place in New York City, you have to give them five references and a work reference. You have to show bank statements and get a letter from your accountant.

I have never had a credit card in my life so my odd credit history makes it even more difficult.

I was getting anxious thinking about everything involved in maintaining a life. I didn’t want to “maintain” anymore.

I didn’t want to DEAL!

I called my friend Lisa. “Can you get rid of all of my stuff? I don’t care what you do with it. It should take just a few hours.”

It took her five straight days with a truck and everyone in her family helping.

“Are you sure you don’t want to save your college diploma?” she called me in the middle of the week.

“That’s the last thing I ever want to look at it again.”

For the next two or three years I had nowhere to go.

When my kids visited I arranged for a bigger Airbnb. Sometimes when it was just me, I didn’t care where I stayed.

Every few days or weeks I’d get to live in another person’s story.

I didn’t need towels, sheets, dishes, a TV, WiFi. Every AirBnB had them.

I just had my bag.

When I moved into a new place it was like a little surprise. I was a new person. Born again into someone else’s story.

“Did you miss anything?”

The New York Times did a profile on me.

They called me a self-help minimalist. I begged them not to. “I’m a self-helpless maximalist.”

Steven Spielberg’s office called me and I went out and visited them in Los Angeles. They were thinking of a scripted show based on what I was doing.

One time, they found the perfect writer. He pitched how he wanted to write it. “It starts the day after you stop living this way.” I liked his ideas.

But he had a “holding deal” with Sony. He had to ask Sony’s permission. They said no.

A few months later Spielberg’s office called and said they didn’t have time to pursue this anymore.

That’s OK. Most things don’t work out. Better to be a minimalist in expectations than objects.

I spoke at the Airbnb open.

Airbnb asked if I could speak at their conference. I went to Los Angeles. I stayed in Airbnbs in Silver Lake and then in Venice Beach.

When I went onstage. I brought my carryon bag. I said, “I’m now officially living on this stage for the next hour.”

I almost got married twice during this time. But I didn’t.

What I learned about myself:

Although I like having money, I don’t really need a lot.

Not once during the years I was doing this did I ever buy anything for myself.

I had white button-down shirts and T-shirts and black pants. And a laptop and phone.

Until then I hadn’t realized how much of a daily consumer I’d been all my life.

I wasn’t materialistic but I used to just buy things ALL the time. Like a book. Or food for the house. Or a new shirt. Or a game. Or popcorn. Or whatever.

I started to feel a certain discipline.

And then I would stop myself because I knew I would have to throw out a shirt.

Suddenly, I lost all interest in consumerism.

I would invest in experiences. But not things.

There was no “thing” I wanted. Again, though, this could have also been depression.

I don’t really believe in minimalism.

Or at least Marie Kondo minimalism. A lot of people tell me she really helps them. I believe these people. Why not?

But the idea of taking all of your belongings and putting them one by one to your heart and seeing if you feel a SPARK OF JOY for them seems like a lot of work to me.

I’m too lazy to be a minimalist.

I’m a maximalist. ALL or NOTHING. I couldn’t keep “minimal” things. I threw out everything.

For the first time in my adult life I realized I needed almost nothing.

HAPPINESS IS A STUPID GOAL

People would say to me, “I bet you are so happy now.”

“Happiness” is part of the self-help cult.

There were times when I really missed my things.

I missed books, comic books, games, and photo albums of my parents and family. Even framed photos of my kids. Things I had carried around for almost 30 years.

Now I had none of them.

I missed them and when I thought about them it made me sad. I felt melancholy.

Sometimes I would deliberately picture the things I missed in order to bring to life the memories.

My daughter, a tiny, tiny girl, running to me when I got off the train, jumping into my arms. The moment caught by a photo I no longer had.

Melancholy made me think of how much I loved my kids, my family, the books that I had accumulated over the years and how I had come to fall in love with each one.

I had thrown out writing I had done almost 30 years earlier. The first novel I had written. Or short stories. I miss those right now.

I wish I could see them. It makes me think fondly of when I was working so hard at them and getting hundreds of rejections.

The past comes to life for me in a new and beautiful way.

I never cooked, cleaned, bought things, and I could go wherever I wanted. And like I said, I could peak into the lives of maybe hundreds of other people.

I had huge amounts of creative time because having no belongings and living in someone else’s house meant I didn’t have to deal with hours per week of maintenance.

I ended up with so much free time that I was able to write and read every day for hours uninterrupted. I loved it.

I don’t cook. So I ordered delivery or ate at restaurants.

This means I lost weight. The way I gain weight is when I have to shop. I can’t resist the latest in “potato chip technology.” What is that — spicy, Italian-flavored plaintain chips? Buy!

You can’t order a bag of Doritos when you order at a restaurant. So I ended up never snacking. And I lost weight.

THE BEAUTY OF COINCIDENCE

Like I was a stranger in a new land.

Many coincidences happened. Because I was always in different places, I kept running into people I knew from different parts of my life.

The more mystery I gave to myself, the more coincidences I had. Almost every day.

I stopped being surprised by them. It was a new feeling to expect coincidences to happen every day.

Throwing everything out was an experiment for me. I think it’s good to be a scientist of your life.

To study it. To question assumptions. To test. To try.

I think I had previously lived by routine. You can’t have consistent habits if you are always moving.

I started doing experiments in almost every area of my life during this time. Even in the way I negotiated. Because I didn’t really care so much.

Sometimes I’d sit on the sidewalk and ask for money all day (hmmm, depression?).

Another time I did standup comedy in various subway cars.

Another week I decided I would “play” every day.

I went to a rifle range, an archery class, a dance class, an escape room, laser tag, a VR arcade, and played a lot of chess that week.

After awhile the entire experience lost the feeling of mystery. And I got tired of moving around.

I realized I was no longer enjoying it. But I liked the “identity” of it.

I was THAT GUY who threw everything out and was living in Airbnbs.

I was a prisoner of my own experiment. It was hard to admit to myself (and especially to others) that the experiment was over.

Being “that guy” made me feel special. But that identity was a “thing” also and I had to throw it away.

So I got an apartment.

It was an empty apartment.

I got a table. I got a chair. And a bed. And sheets. And towels. And dishes.

Then I bought a book. And another.

Then I got a chessboard. And a Go board.

I love playing it. I could play it all day. It has Defender, Robotron, and Joust on it. I learned how to fix it when it breaks.

“Alexa, play ‘You Only Live Twice!”

I still don’t feel like a consumerist. But I’m not anti-things either.

Some people say it can’t be home if you are just renting. But if I love where I am right this second, then that’s my home.

For now. Change will always happen. I will have to move eventually. But I love coming home now.

I bought more than two shirts. Then I got married.

Sometimes all five kids (and a dog) stay with us. I have three step-kids and two kids.

Sometimes I’ll bump into an old acquaintance and they will ask me, “Are you still doing that minimalist thing?”

(The photo above is from week one after I threw everything out but my bag.)

The post I Threw Out All of My Belongings and Then This Happened… appeared first on James Altucher. 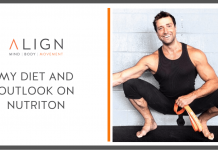 My Diet and Outlook on Nutrition

The Simplicity of Tiny Habits Will Change Your Life – BJ Fogg, Ph.D. : 662 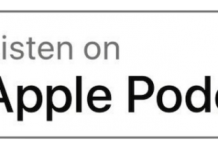 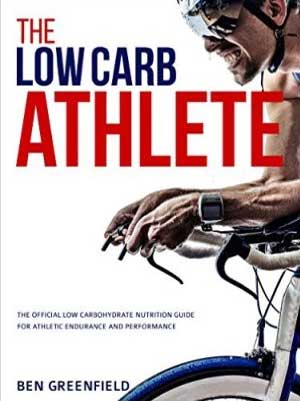 13 of the Best Keto Foods (That Are Also Bulletproof-Approved) to...