Over ten years ago, pioneering heart surgeon Dr. Steven Gundry put down his scalpel forever. He’s been on a mission ever since to keep patients away from the operating table by teaching them about his unique vision of human nutrition. His patients are not only avoiding surgery, but they are also growing younger.

As Director and Founder of the International Heart & Lung Institute and the Center for Restorative Medicine in California, Gundry helps patients learn how to take control of their weight, health, and energy by following his simple nutritional program. His years of research have revealed what nutrients are deficient in the American diet and which “staple foods” are harming human health. His discoveries also have uncovered the complex relationship between gut health and overall health. Gundry explains, “Within our gut, there are a hundred trillion bacteria, probably 500 trillion viruses, and a bunch of fungi. This gut biome is a complex ecosystem, more complex than any tropical rainforest and it has a symbiotic relationship with us, its hosts.”
Dr. Gundry’s nutritional philosophy has gained a national audience with the publication of his best-selling books, The Longevity Paradox, The Plant Paradox, The Plant Paradox Cookbook, The Plant Paradox Quick and Easy, and Dr. Gundry’s Diet Evolution.

The results of his programs have been impressive. According to his research data analysis, participants have not only had improvements to cardiac health and weight, but also dramatic health benefits such as eliminating chronic autoimmune disease or migraines. They have even been shown to grow biologically younger.

What you’ll learn
How Dr. Gundry’s “inoperable” patient “Big Ed” changed the course of his career (0:45)
How Dr. Gundry’s own dietary changes reaped huge health benefits (2:39)
The relationship between autoimmune disease and diet (5:29)
The complex ecosystem of the human gut biome (7:56)
The problem with antibiotics and the elimination of good bacteria (11:55)
Antibiotics in food sources and the danger of some over the counter medications (14:58)
The abundance and danger of glyphosate (“Roundup”) in food (17:52)
Agents that can cause “leaky gut” such as lectins (19:32)
How lectins impact the human gut (22:27)
The evolution of human eating (28:33)
Restricted times for eating (42:07) 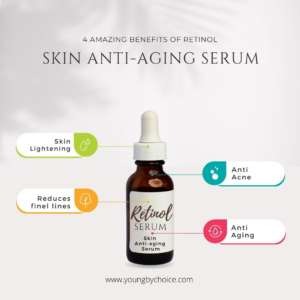